Part 2 begins with heading to Galway.

Getting out of Dublin, this is what I see: 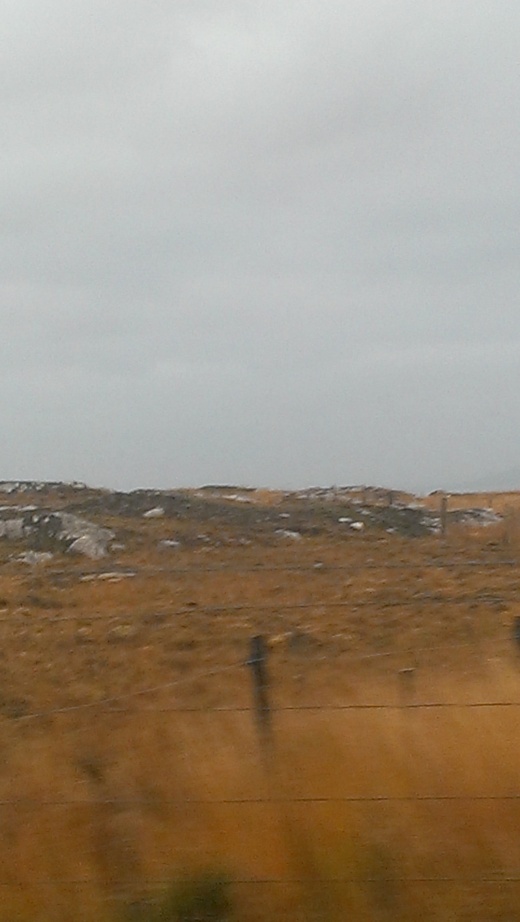 The rolling green hills, everybody.

So, that wasn’t exactly what I expected of Ireland first up.  Never mind!  Adventures!

Of course, first thing we did was stop at a castle.  It was a pretty castle. 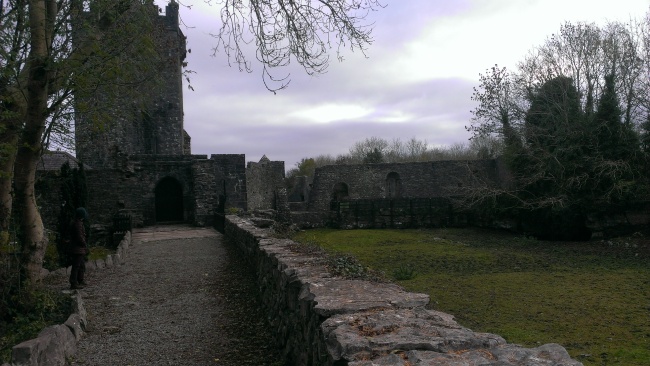 At first, we thought the castle was closed (because the sign out the front said it was closed, which is generally a dead giveaway), but it was very kindly opened for us, and we got to look inside.
Mostly at stairs and murder holes.  Seriously, those stairs were brutal. 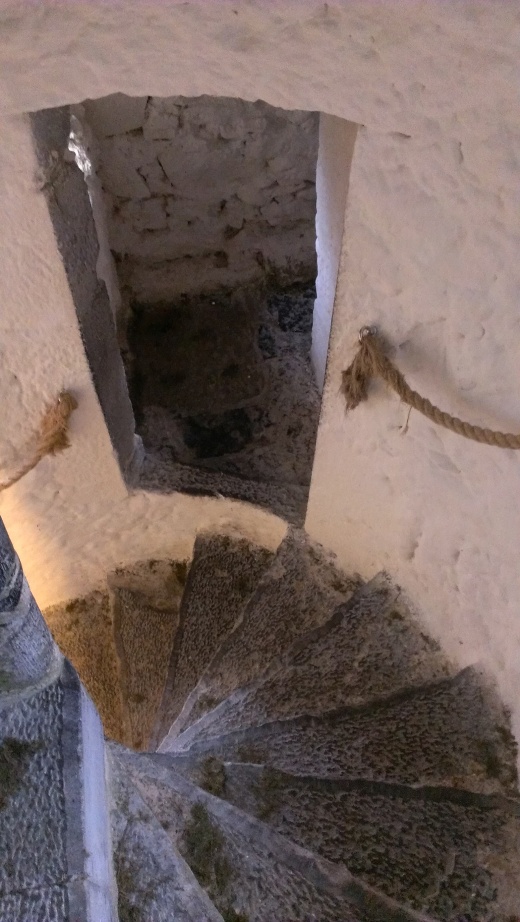 They say they curve to the right so you can swing a sword more freely defending downwards than attacking upwards. I’m just impressed at anyone using a sword in that space.

I learned quite a lot about castle defense while I was there, from the strategic placement of murder holes (which is still one of my favourite phrases of all time), to the shape of the outside wall, so missiles dropped will bounce off towards the enemy (which is frankly kind of ingenious).
The banqueting hall is no longer there, but at the time, it was situated over the river.  The Chieftain was said to have had a trap door, over which he seated people he didn’t really like and through which he could drop them into the river if he so chose.
It’s the little perks that make being chieftain great.

We saw this guy just on the side of the road. We couldn’t read the sign to see the exact story, though. 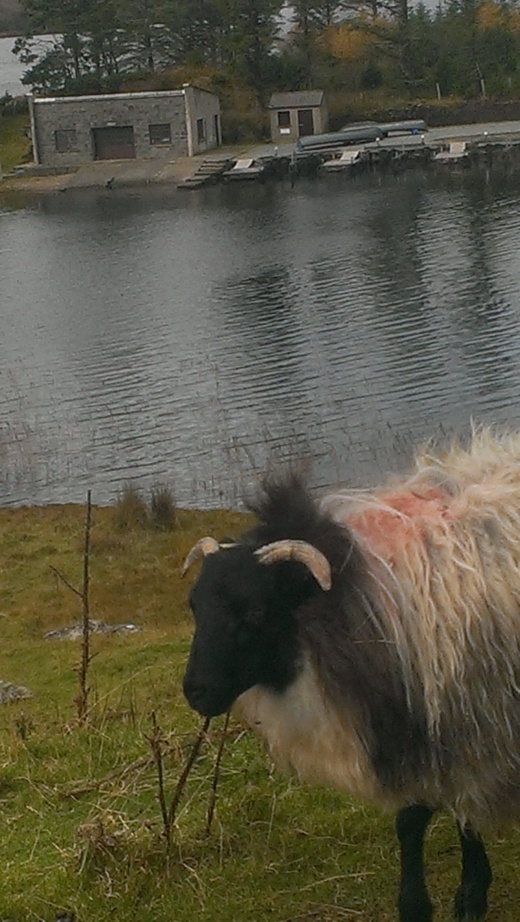 Sheep! They colour-code their sheep here, with different coloured splotches on different parts of the sheep, so that you can always tell whose sheep is whose.

This is what we like to call “a vista” or “impressive” or “damned hard to get a photo of which properly conveys the size of this mountain”.

Kylemore Abbey.  Built by a man for his wife, with the money he inherited from his father, who was a businessman in America.

Unfortunately, she didn’t get to enjoy it for very long; she died of dystentery in Egypt three years later.  He kept the house, though, with its huge gardens and all its staff, and was buried next to her in the mausoleum thirty-six years later.  Apparently, he tried to sell it to King Edward, who refused because the upkeep of the castle was too expensive for a King.
It was bought as a wedding gift for a duchess, whose husband gambled and lost it.  Later, it was bought by the Benedictine nuns, who used it as an abbey and school.  It’s still in use as an abbey today, though there are very few nuns left, and the school has been closed because of this.
The gardens look like this.

Imagine this in Spring, when all the flowers are blooming…

There used to be 21 greenhouses, kept warm with a hot water irrigation system, so the couple could have exotic fruit any time of the year.

And then, we went to the Cliffs of Moher.

I have no good photos of this, and this makes me very, very sad.  Dad has some, but I do not.
Here’s the best one I have right now.

I feel ashamed of this photograph

I’ll have to try and post another one when Dad e-mails me his.  Because oh wow.
And we saw puffins.  Puffins are cute.

But really, the highlight of this trip wasn’t the castles or the history, really.
It was the second night of the trip, when we were in the pub having dinner.  Suddenly, musicians started filtering into the pub.  We came around and bought a drink and sat at a table, feeling tired after a long day of gallivanting, and just having one more before we headed home.

Except then, the musicians started playing.  We’d stumbled into the first night of a music festival in Spidéal, and the middle of a trad session.  We proceeded to listen to traditional Irish music, played live by a group of people just sitting around in a pub.  A group of highly skilled and talented people just sitting around in a pub.
And we got to join in the singing.
Currently, this has been my favourite part of the whole journey, because it’s the unexpected, human things that make a trip amazing.

Find me on Social Media